Congratulations, you have a new match – my Tinder experience

Yes, you have read the title right: I am on Tinder.

There it is, out in the open and no, I am not ashamed, a-social, weird (well..maybe a little) or a loser. Those are my own words that came to mind when I first heard that some people among me were presenting themselves on this popular app. The first time I heard about Tinder was in November 2014, when I was sitting in the M10 with a colleague. I was going home, he was going for sushi with a girl. ‘Aaah exciting‘  was my response, ‘friend of yours or where did you meet?‘ – ‘We didn’t‘ he said. ‘I saw her on Tinder and now we are going to get a bite to eat.’ What?! Are you on Tinder?! Oh my god, but you look good, you are spontaneous and smart- why the H are you on Tinder?! If you can’t find a girl anymore, who can?’ So, yes – that was me about Tinder: if you are on there, you must be a loser, something must be wrong with you.

Then last year, I decided to give it a go myself, I mean: why the H not, right?! (the statistics don’t stand for nothing)

I downloaded the app and swiped my way through the Berliner-crowd. Bad, worse, no, oh my god no, ugh no, ohw hello! First like was given, but nothing happened. The guys that I selected somehow were all out for ONS (that’s the popular abbreviation for one night stand) and since I wasn’t- delete. So shallow, but yet so easy. I think I had two dates via Tinder and a third one that never actually happened, because ‘he was working so hard that day and totally forgot to write me that he couldn’t make it‘ – thanks! He sent me a couple of messages afterwards stating he was so sorry, blabla – whatever. Those are the moments that you think: OK, I am done, Tinder is such a load of crap.

On a positive note (and I am always telling people this when Tinder comes up in a conversation): last year November I met a guy in the Netherlands who then became and still is one of my best friends. Of course there were some butterflies in the beginning and we dated briefly, but then he admitted that he wasn’t in love. Yes, that hurt, but it also made me realize that I thought I was in love, I was in love with the idea of falling in love again. Anyway, he is coming to visit Berlin in December, so that is successful after all.

Congratulations, you have a match!

The rest of my Tinder-history is not mentionable at all, but then a little while ago, I saw a 30 year old guy – ‘S’. To be honest, I was just swiping away without further attention and then suddenly the notification came in ‘Congratulations, you have a new match’– Surprise, surprise, who was it going to be? Ah! S, 30, German, images are cute, text is original, let’s just say Hi. The day after I got an actual message, and by that I mean something more than just ‘Hey, how are you, where are you from, where in Berlin do you live’, or some lame opening sentence. This guy wrote me that he wanted to be completely honest with me. He just came out of a relationship, so he wasn’t looking for anything serious. He thought my pictures were cute, but he thought that we weren’t looking for the same thing. He said that he was always up for coffee, but he wasn’t looking for the love of his life right now. Wow- a lot of information, but good – it’s way better to have it out in the open than to be unclear.

I replied that I was of the opinion that one couldn’t find a life-partner on Tinder anyway (pessimism, anyone?), so yes- let’s go for coffee. We decided to meet on a Saturday for a drink and we did. The days before we stayed in contact via WhatsApp and it was actually nice. I felt, even though I had never seen him before, like I was talking to a nice guy here, so far so good.

That Saturday night we met and it was just amazing from the start. It actually stayed that way until Monday afternoon – yes, he stayed at my place for two nights. It was great! We went out for a drink, had so much to talk about, laughed a lot, talked more, had mutual interests and time flew by. So, over to another bar – talked a lot about music, it felt so comfortable – like we already knew each other. Come to think of it: it was that great because he already said that he wasn’t looking for anything, so there was absolutely no pressure – I was completely myself and felt no need to impress him. After the second bar, I asked him if he wanted to go back to Potsdam or stay in Berlin.

He said that he liked to stay in Berlin and it was late, so we walked all the way to Friedrichshain. Great walk! We had a drink at my place, talked, watched Christiane F and had a great time until 7 AM, when we decided that we needed to go to sleep. The next day we woke up late and you know that awkward moment of waking up the next morning? It wasn’t there, at least not for me.

We talked, had coffee, talked some more, listened to music (even to his own mixes) and then I asked him what his plan was for the day. ‘Nothing. OK, have you been to Mauerpark? No! No? You want to go? Sure! Ok’. Unfortunately, it started to rain, so no Mauerpark after all. Instead, we went for diner and after that for a glass of wine. Unbelievable, it was really great to spend time with this guy. I mean, we were hanging out since Saturday night and were still talking! Could this actually be something, or is he only staying here because he doesn’t want to go home?

Ah who cares, I was enjoying my company to the fullest and didn’t have any other plans either. While we were sipping our drinks I already had the feeling that he wouldn’t return to Potsdam that night and we eventually ended up going to a späti for some much needed groceries and went back to my place again.

The weather was kind of OK, so we sat on the balcony and I started playing Spotify. My favorites came by, he mentioned his favorites, we took a trip down 90s memory lane, Michael Jackson and some songs that I LOVE and I never expected him to like, let alone say: Sascia, do you know this song? Do I knów this song? I LOVE this song, are you for real, nobody likes this, how is this possible? I even sang (well, I made an attempt) and danced in my chair.

Now, that is what I call comfortable. Like sitting there with a good friend who you also have a little spark with, great! After that, we decided to watch a horror movie so we relaxed on the couch and well, did I already mention we had a seriously great time? Right.

Back to life, back to reality

Next morning, he mentioned that he had a lunch at his parents so he needed to go on time. Ok, cool – I needed to get some work done anyway. I walked him to the M10 and was thinking that this was the best non-date ever, just a fantastic weekend! The M10 came, he kissed me goodbye, we gave each other a hug and kissed again. He stepped into the tram, we waved at each other and off he went ‘and off they run… wieeeeeeh‘ (haha, I suddenly hear Uncle Geoffrey in Bridget Jones’ Diary). Instead of having the thoughts that I always experience after a great date (that sounds like I date very often..), I actually thought: what if this is supposed to be it. We had a fantastic time and seeing each other again might ruin it. This was so perfect, did it actually happen? How the hell is it possible that you can have such a great time with someone you don’t know.

My gosh, 1298 words – hopefully you are still reading, because this is my very own fantastic Tinder success-story that also needs to be read next to all the ‘o my god, worst date ever‘ and ‘omg Tinder is so superficial‘- stories. If we can have such an amazing weekend, it doesn’t surprise me anymore to hear that people are actually together because of this app.

If it wasn’t for Tinder, I would have never met S. If I saw him again? No. I send him a message that I had a great time, he did too, we both didn’t have any expectations (that’s key, don’t expect anything!). To quote S: ‘es war ein wirklich unerwartetes schönes Wochenende, war ne Tolle Zeit’. We stayed in contact and then after a few days a silence kicked in. I interrupted it, we talked some more and I suggested to do something again. He was up for it, but then it turned silent again. I realized that my feeling had been right: what if this one weekend was supposed to be it, seeing each other again might ruin it? After a few days he said that he had a thing at his parents on the weekend and he couldn’t make it to Berlin. The only thing I could think of was: nah dann, viel Spaß! Not meant in a crappy ‘screw you’  kind of way, but what else was there to say?

Yesterday I checked in on Tinder again and noticed S. unmatched me. Hm, ok. Autsj, ego. Of course I wondered why? But then again: after such an amazingly good unexpected weekend we couldn’t top it anymore. He isn’t looking for a serious relationship and I also know that we are not meant for each other. In case one of us wishes to be in contact, we always have Whatsapp and who knows, maybe we will meet again on Tinder.

S, in case you are still checking Modesk – thank you for the amazing time. Maybe we will meet again, and if not: you are my Tinder success-story that actually made it up here in 1757 words. I guess you made quite the impression. 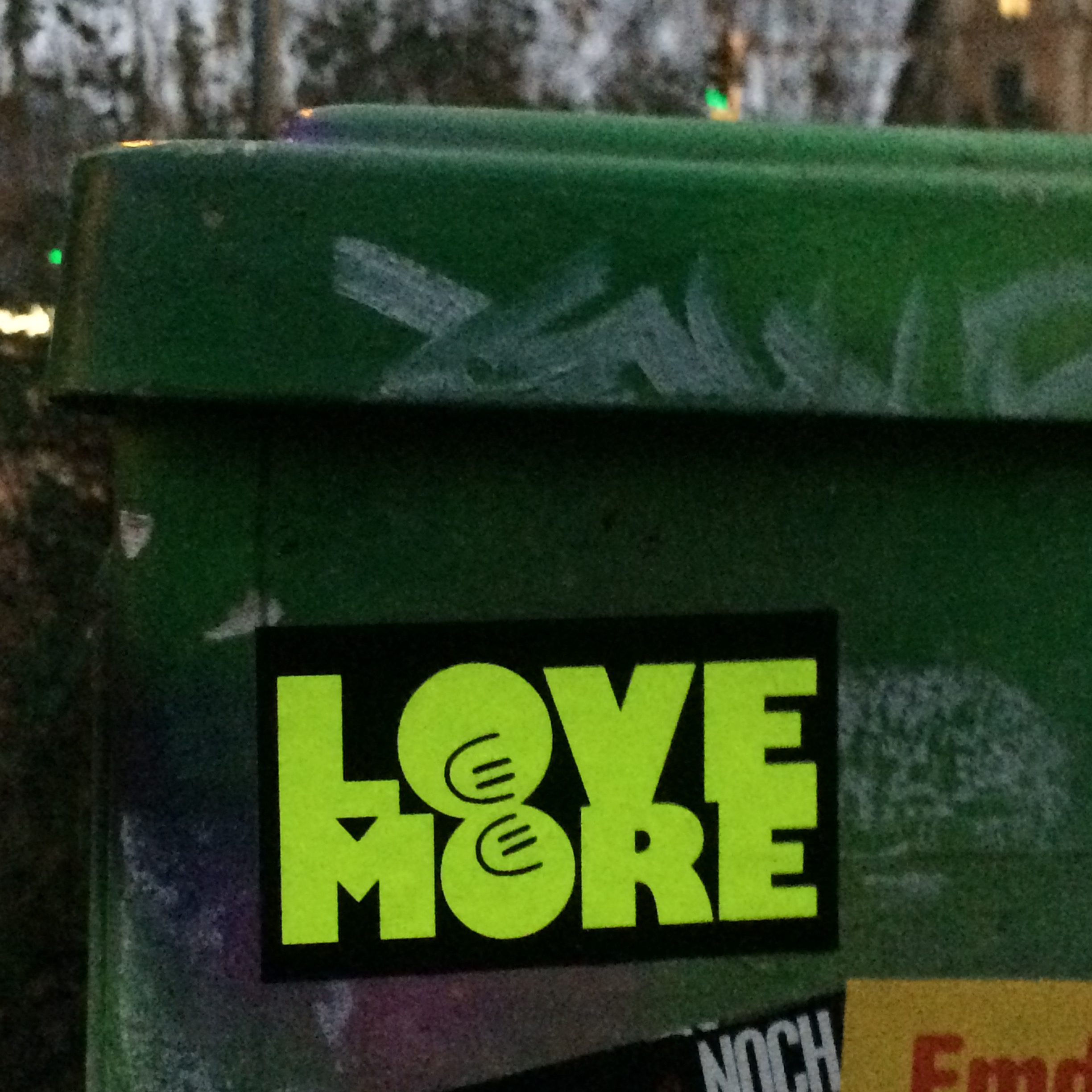 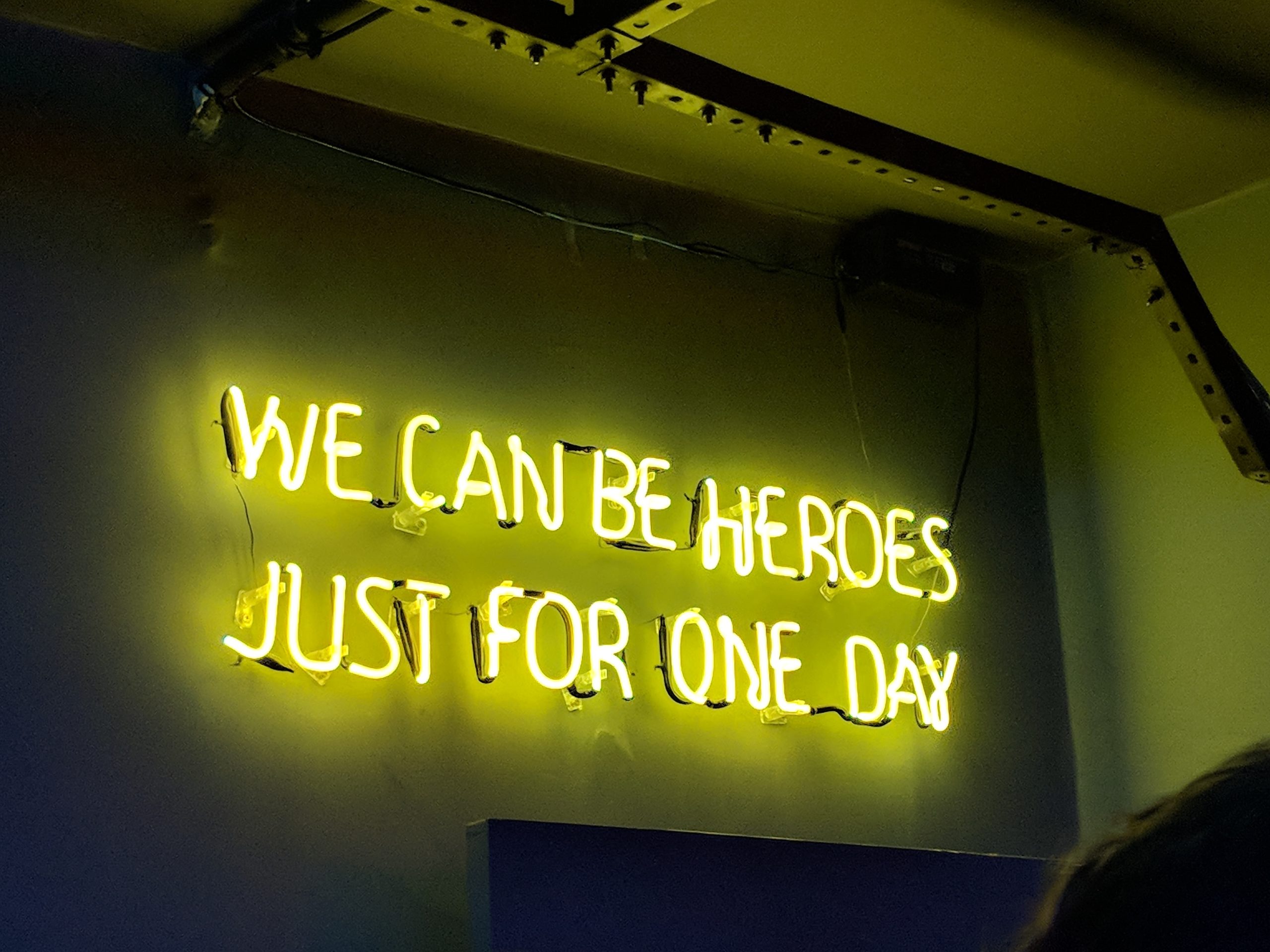